The Katsina State Police Command has confirmed the death of the state’s Commissioner for Science and Technology, Dr Rabe Nasir, who was assassinated at his residence.

The State Commissioner of Police, Sanusi Buba, who made the confirmation, said the deceased was assassinated on Wednesday night in his room and his dead body was discovered on Thursday.

He further explained that investigation has commenced, and one person has been arrested in connection to the incident.

According to a source close to the slain commissioner’s residence at Fatima Shema Housing Estate in Katsina metropolis, he said: “The body was found when one of the cooks went to Dr Nasir block and knocked without any response. He later observed some signs of blood inside the apartment.

He worked with the Department of State Security (DSS) and the Economic and Financial Crimes Commission (EFFC) before venturing into politics.

He was also a member of the House of Representatives between 2007 to 2011, representing the Mani/Bindawa federal constituency.

Post Views: 126
About MR_ABILITY 101 Articles
I remain my humble self, Mr Ability, my major interest is to ensure my candidates gets best results & grades in any exam they want....our jamb is always 285-350 every year MY PRIVATE LINE IS 07067800301 WHATSAPP 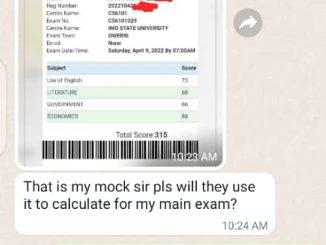 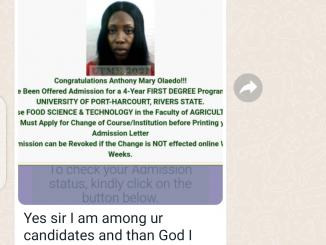